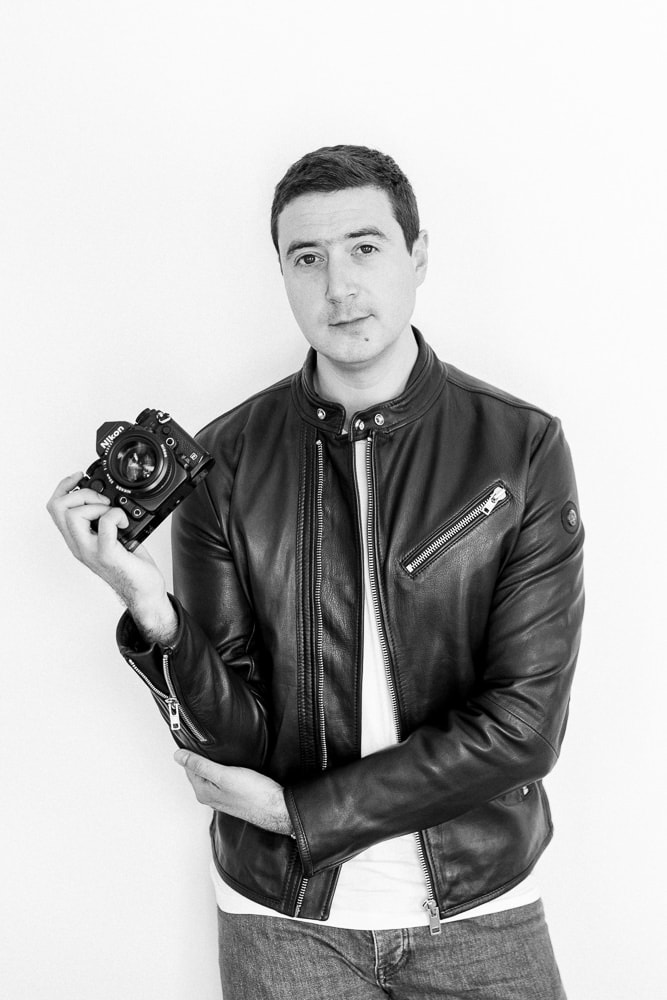 Bonjour!
This is Fran, the founder of The Paris Photographer. We are a team of friendly and fun photographers.
Our goal is to help you get the most amazing photos of your Paris trip.
Can't wait to meet you in Paris!

Ivan wrote me in early August, a few days before their planned trip to Paris and asked me to assist him to capture his morning surprise proposal in Paris at the Eiffel Tower. He chose Paris because he lived and worked in the city before he knew Danielle and it was a big part of his life. She actually always spoke of one day getting to go back and experiencing Paris for the first time together.

Danielle and Ivan met at a restaurant where she was a waitress:
“She actually served me the wrong beer, but I didn’t mentioned it to her. She returned about 5 minutes later with the right one explaining that she realized the mistake, and we laughed about it. I thought she had a boyfriend at the time so I never attempted to strike up a conversation. I left to go overseas the day after that. After I returned, I ran into her again at the adjoining bar at the restaurant she worked. We recognized one another and laughed again about the beer mistake. We started talking and had an immediate connection.” – Ivan

He asked Danielle to be his girlfriend one month after they have met and they spent every day together since. Here’s what Danielle said about their experience of taking engagement photos in Paris.

Fran was excellent. He was professional and friendly. He was very assertive in helping us look natural and elegant in the photos. He also made us laugh, which helped with looking natural in the pictures. Fran’s attention to detail is incredible, and it shows in his work product.

Danielle initially thought Fran was just a random person taking pictures of the Eiffel Tower and did not want to get in his way. I was able to line her up in the right spot, tell her how much she meant to me. Fran stayed secretive until the perfect moment, which was important. – Ivan

When I asked Danielle what part of their photo session she enjoyed the most, she answered:

“It was when Ivan actually proposed. As he kneeled down, I heard the camera start clicking and I was so overwhelmed and happy that he was able to pull off such a gorgeous and perfect moment in time. I equally enjoyed sitting at the café with my new fiancée and Fran and savoring the moment. We are thrilled, and the family was so happy to be able to share the moment by having the photos.” – Danielle

When we wrapped up the engagement shoot they went to a café to have coffee and breakfast. She made some phone calls to her family and he posted the proposal picture. “Danielle could not stop smiling the entire day” – Ivan.

I am purposing to my girlfiend over New Years and I am looking for a spot that is isolated from people, yet still close to the Eiffel Tower(background) I think that morning time would be a great time to do it .. because people wouldn’t be around? And for the lighting?(let me know what you think).
My girlfriend is not aware that I am purposing, so stealth on your part with the pictures until I purpose will be key.

Let me know what you think, and how much you charge.

Hi Ryan,
the best way to get in touch is by email.

In the morning there are many places available and you are in great hands with our team.

Probably the most wanted engagement photography studio in Paris.

We are also talented at wedding photography in Paris, honeymoon, anniversary, family shoots, even solo portraits and just for fun photo sessions.

We'd love to work with you

We'd love to hear from you! Please fill out the form below or send a note directly to info@theparisphotographer.com